Short-pulse laser interaction with plasmas is a major area due to its relevance to laser-driven fusion, laser-driven particle accelerator, x-ray laser and other related areas. Rapid progress in the high power laser technology made it possible to have a compact table-top terawatt laser. A high power laser beam from the table-top size can be focused onto a small size and the focused laser beam has an extremely strong electric field, which is strong enough to promptly ionize atoms into a plasma state. Scientifically, for laser plasma accelerators, the next milestone to be achieved is 100 MeV–1 GeV energy levels with good beam quality. Electrons in this energy range are ideal as a driver for FELs. At higher energies, of several GeV, it is possible to produce an X-ray FEL capable of biological investigations around the water window. Furthermore, a high intensity laser pulse interacting with a plasma can produce intense proton beams that can be used for treatment of several diseases. In our research group we study the laser matter/plasma interactions. Moreover, we focus on the laser-plasma acceleration research, where the ultra-strong laser electric field is converted into a plasma wave and the plasma wave can accelerate charged particles to very high relativistic energies (~GeV) over a very short distance (~cm). In this way, the acceleration gradient can be about 1,000 times higher than that of the microwave-based conventional accelerators. We perform theory and computer simulations for this study. For these studies, we use the Linux-based computer cluster system for large-scale laser-plasma simulation /theoretical work. The research results can be used for physics, chemistry, biology, material science, nano-science, etc. 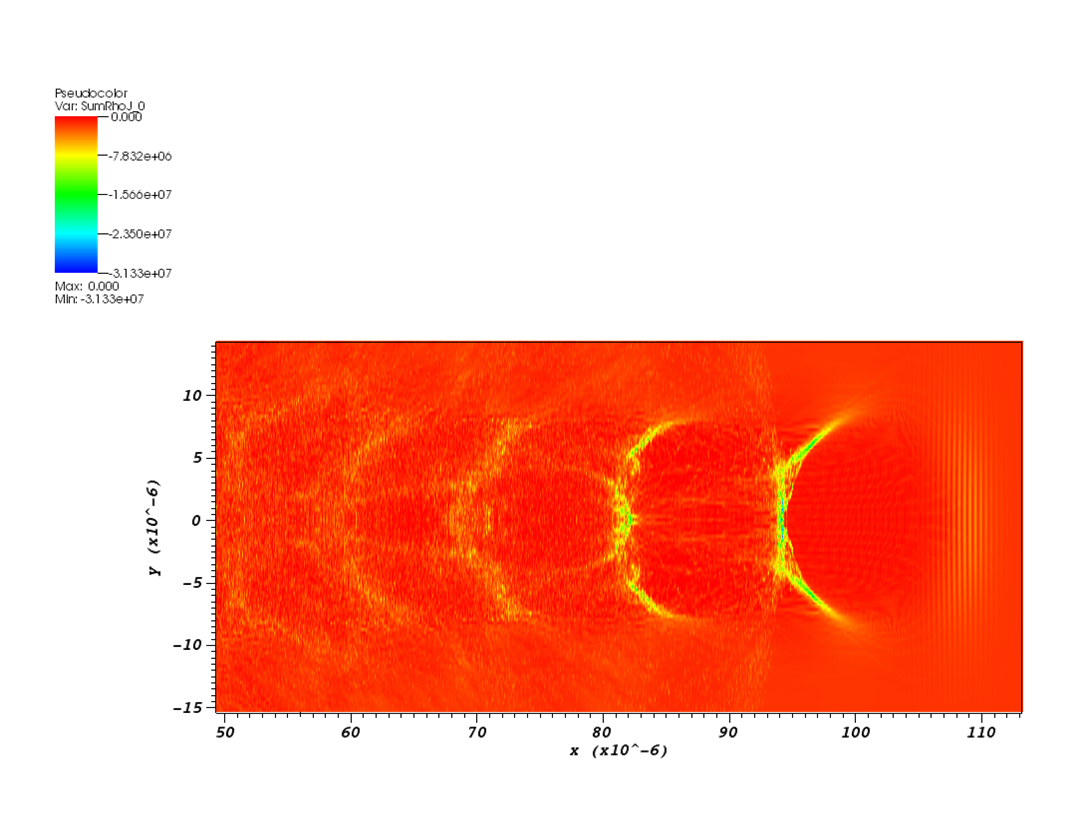